In an effort to include more veterans in its mission to preserve and restore, FORCE BLUE is teaming up with the National Association of Underwater Instructors (NAUI) to encourage U.S. military veterans who would like to become “FORCE BLUE Assistant Scientific Divers” to undergo SCUBA training through a network of FORCE BLUE “Outposts” across the country.

FORCE BLUE will utilize the FORCE BLUE Outpost Program to give those veterans who may not have been divers during their military careers the chance to deploy alongside FORCE BLUE Scientific Divers on future marine conservation missions. 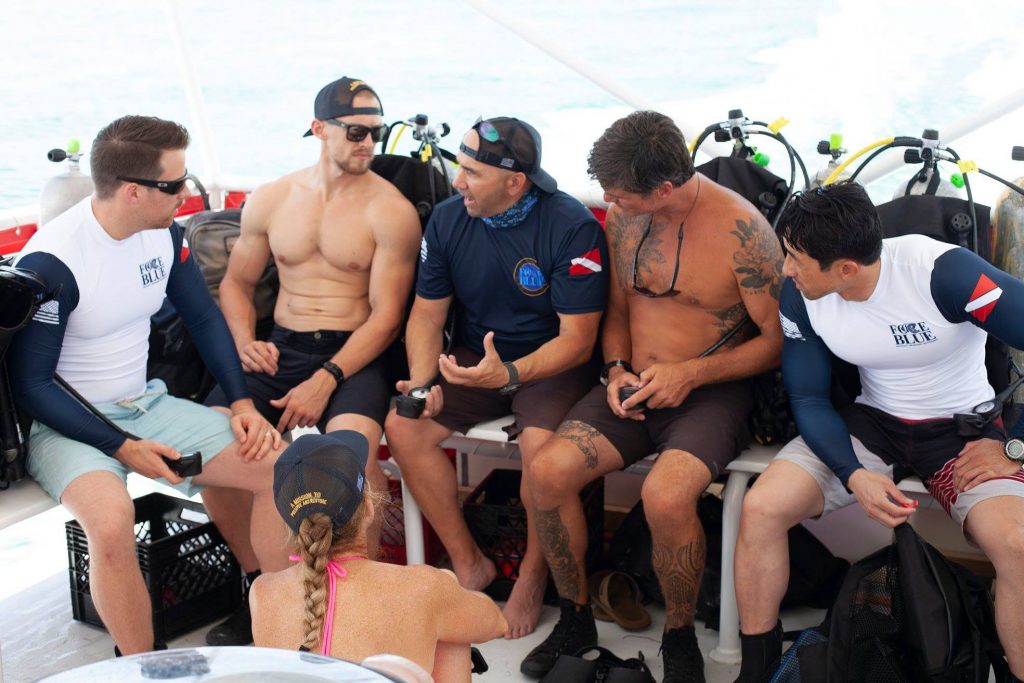 To become a FORCE BLUE Assistant Scientific Diver, candidates must first possess at least a Rescue Diver certification from an accredited dive training organization. For many though, this pre-requisite training can be cost prohibitive, Now, through the FORCE BLUE Outpost Program, veterans can use their educational benefits to pay for any/all of their dive training — including their FORCE BLUE Assistant Scientific Diver certification — at approved NAUI VA Testing Centers.

Let your military service serve you

Through a program recently established between the National Association of Underwater Instructors (NAUI) and the Veterans Administration, veterans can now use their G.I. Bill® education benefits to fund their dive training, certifications and licenses. Service members who qualify can use one month of G.I. Bill® benefits per certification or license exam and can progress as far as they would like — from Basic Open Water Diver to Divemaster, NAUI Instructor, even NAUI Course Director!

Those veterans who have received at least their Rescue Diver Certification, are able to provide proof of at least 50 recreational dives and possess current certification in Cardiopulmonary Resuscitation (CPR), Automated External Defibrillator (AED), First Aid and Oxygen Emergency Provider training — and are willing to provide a copy of their DD214 — are eligible to take the FORCE BLUE Assistant Scientific Diver course through a registered FORCE BLUE Outpost.

Veteran divers who have met all the pre-requisites (listed above) will have the opportunity to join FORCE BLUE and to deploy alongside FORCE BLUE Scientific Divers on future marine conservation missions once they have completed the FORCE BLUE Assistant Scientific Diver (ASD) Course.

When will the program launch, and how do I find a Force Blue Outpost?

FORCE BLUE will be launching the Outpost Program and naming its initial outpost in January 2022. The organization expects to add 4-5 more outposts by Summer 2022. In the interim, if you have any questions, or would like any additional information, please contact dan [@] forceblueteam.org.