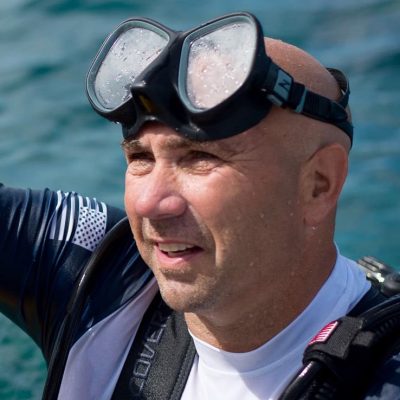 A 10-year Honorably Discharged Veteran of the Elite US Navy Diving Community, Angelo is both a seasoned executive and experienced entrepreneur. He is the founder of The Fiore Service Group, an independent company that represents some of the largest sporting goods and sporting apparel manufacturers in the world. His skill in conducting small business analysis and developing growth, together with his long tenure of working inside the SCUBA industry, make him a valuable addition to the FORCE BLUE team. 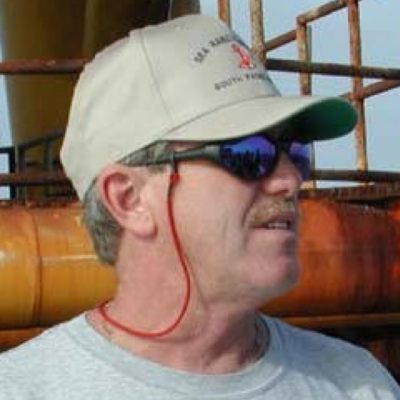 Captain Tim O’Leary is the Director of NAUI Worldwide Technical Training Operations, Course Director for NAUI Worldwide, Inspector Trainer for PSI, and the President of American Diving and Marine Salvage. He has spoken at many underwater symposiums, as well as contributing editor for Sources magazine, Advanced Diver magazine and NAUI Training publications. O’Leary has co-authored thirteen manuals on decompression for the science community

Tim O’Leary has hosted an array of scientific symposiums and conferences for the decompression science community. Tim has spoken at the UHMS conference on Deep Stops. He has had several government contracts for teaching Closed Circuit Rebreathers for military applications. He has dived in Asia, South Pacific, North Sea, Mediterranean Sea, Mexico, Central and South America, and the United States both as a commercial diver as well as a technical diver instructor trainer.

O’Leary received a DMT and CHT from Jo Ellen Smith Medical Center at the Baromedical Research Institute. He has worked as Commercial Diving Instructor at the Ocean Corporation. He currently serves as a consultant for the offshore oil and insurance industry, and is a Level III NDT Technician. He is a contributor to to the NAUI RGBM Tables and related products that have been developed exclusively for NAUI Worldwide and NAUI Technical Training Operations. He has written numerous monographs on technical diving subjects as well as authoring most of the NAUI Technical Training manuals. He is a member of the Undersea Hyperbaric Medical Society (UHMS), Society of Naval Architect and Marine Engineers (SNAME), National Association of Diver Medical Technicians (NADMT) and is an Admiral in the Texas Navy. Tim Holds a B.S. in zoology from Texas A&M. Tim speaks both English and Spanish. 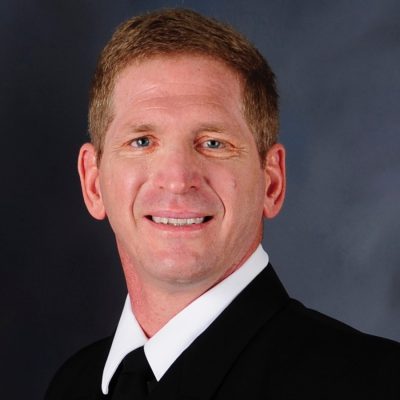 Commander Joseph Dituri is a retired Naval Officer and Ph.D. who enlisted in the U.S. Navy in 1985. He served continuously on active service upon various ships and shore stations where he was involved in hyperbaric system maintenance, saturation diving and ship repair. In 1995 he made his way up through the ranks after earning his B.S. in Computer Science from the University of South Carolina and was commissioned into the Special Operations Officer pipeline. After serving three diving tours in this pipeline he changed designator to the Engineering Duty Officer (diver).

He then transferred to Naval Post Graduate School where he earned his Master’s degree in Astronautical Engineering. His master’s thesis topic was in Orbital Determination with an accent for life support systems. He is an invited speaker on space related and system life support engineering topics.

Following completion of his masters he was assigned as Officer-in-Charge Deep Submergence Unit (DSU) Diving Systems Detachment (DSD). Under his command DSD won the white “DS” award for deep submergence excellence and certified the 2000 feet sea water Atmospheric Diving System for fleet use. Upon fielding and initial testing, the team introduced the Submarine Rescue Diving & Recompression System into Naval service and took it on two international engagements. He transferred from DSU after fleeting up to become the Executive Officer and designing the transfer under pressure saturation diving template for Navy Submarine Rescue.

After retirement from almost 28 years of active service to the United States, Joseph earned a Ph.D. in Biomedical Engineering with research areas of interest that include life support equipment design, high carbon dioxide environments as well as hyperbaric and hypobaric medicine. Joseph is a contributing author to Hyperbaric Medical Practice (4th edition), the author of numerous diver-training manuals, a co-author of the book “Tao of Survival Underwater”, as well as the Navy Diving Manual and has been published in several journals including those produced by the Undersea Hyperbaric Medical Society (UHMS), the American Society of Naval Engineers and American Institute of Aeronautics and Astronautics. Dr. Dituri is a consultant for the International Board of Undersea Medicine. He is also the Director of the Undersea Oxygen Clinic and the Course Director for a UHMS approved 40-hour introductory hyperbaric course. Dr. Dituri is an associate professor at the University of South Florida. Joseph is a member of the American Bureau of Shipping Special Committee on Building and Classing Undersea Vehicles and Hyperbaric Systems and the National Offshore Advisor Committee for Commercial Diving Safety. Joseph has three grown children and enjoys writing books, skydiving and has had a lifelong goal of being a civilian astronaut. 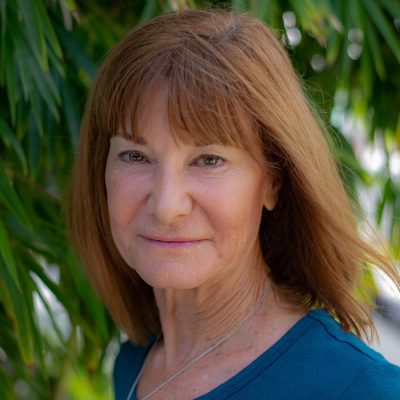 A 30-year Scuba Instructor for PADI, NAUI and SSI, Patti has maintained an unconventional career and lifestyle. Initially, as a Nevada State Administrative Law Judge, she determined the repetitive structure was overwhelming boring; this inspired her to travel throughout the world as diving professional. Relocating to the Florida Keys, she became embedded with the Coral Restoration Foundation (CRF), which at that time a small grass-roots organization restoring the local corals reefs. She has spent the last 12 years installing coral nurseries, repopulating reefs with nursery-raised corals and designing diving specialty courses to educate and inspire Coral Ambassadors. Patti crafted their Dive Safety Manual and is their Dive Safety Officer. She serves on the CRF Board of Directors and Executive Committee. Also serves on the Board of Directors of the History of Diving Museum, a member of the Explorer’s Club, a SSI Platinum Pro 5000 recipient and an officer in Coast Guard Auxiliary 13-08. In 2016, she was inducted into the Women Divers Hall of Fame and serves as a Trustee. 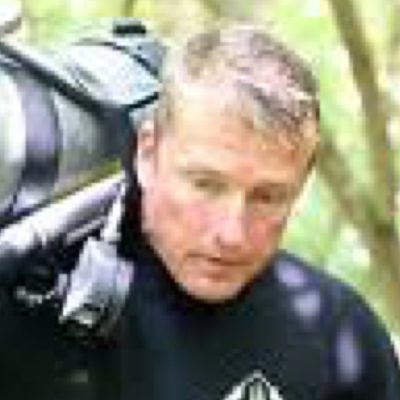 With 44 years of diving experience, Terrence N. Tysall SR. is one of the underwater world’s most accomplished explorers. From deep WWII wrecks of the South Pacific, to the submerged caves of Yucatan, Belize, and Bermuda, to the historic wreck of USS Monitor, to the lava tubes of the Canary Islands, Terrence has dived some of the planet’s most remote waters gathering data about what lies at the bottom and beyond.

Terrence has led multiple scientific/research expeditions around the world, including the first SCUBA exploratory dives on the SS Edmund Fitzgerald in Lake Superior, the USS Atlanta off of Guadalcanal in the Solomon Islands, and the first cave exploration and geologic sampling conducted at the bottom of the Great Blue Hole of Belize.

As a US Army Captain Tysall returned from Iraq and serving stateside as the Commanding Officer of the U.S. Army’s 627th Heavy Dive Team. Now as a MAJ he is the Commander of the FLARNG Officer’s Candidate School at Camp Blanding Florida. He is the founder and past chairman of the board of the Cambrian Foundation, and he is also the founder and president of Benthic Technologies, Inc., a consulting firm that specializes in underwater applications and technology.

On the civilian side; Terrence is currently the Director of Training for NAUI Worldwide. Terrence has earned instructor trainer ratings from ANDI, DAN, IANTD, NAUI, NSSCDS, NACD, SSI, and TDI. In addition to these certifications, Terrence serves on a variety of technical advisory boards for NOAA and other scientific research agencies both in the United States and abroad. 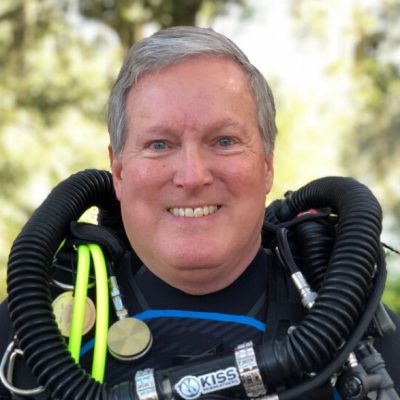 Douglas Ebersole, MD is an interventional cardiologist at the Watson Clinic in Lakeland, Florida and is the Director of the Structural Heart Program at Lakeland Regional Health, an 850-bed tertiary referral hospital in Lakeland. He received his Bachelor of Science in Mathematics from Duke University in 1981 and then his M. D. from University of Miami School of Medicine in 1986, After graduating medical school, he served as a physician in the United States Army from 1986 until 1996 at Fort Sam Houston in San Antonio, Texas. He joined the Watson Clinic in Lakeland in 1996 where, in addition to having a very busy clinical practice, he has been involved in multiple clinical research trials and has published numerous articles in the medical literature.He has been diving since 1974 and is an avid recreational diver, technical diver, rebreather diver, and cave diver. He is also a recreational, technical, and rebreather instructor for several training agencies, is on the Board of Advisors for IANTD, the Training Advisory Panel for TDI/SDI, and is the Medical Director for RAID. Additionally, he is a cardiology consultant to Divers Alert Network, has lectured on diving medicine topics around the globe, and is the Florida Sales Agent for KISS Rebreathers.