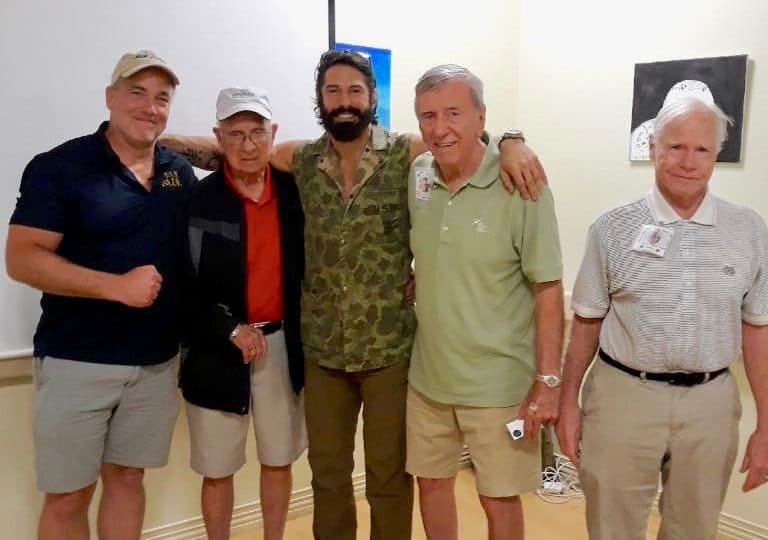 During a recent day off from dive operations in the Florida Keys, FORCE BLUE co-founders Rudy Reyes and Jim Ritterhoff stopped by the Kane Center Retirement Community in Stuart, Florida where the two men had an opportunity to speak with and field questions from a large contingent of WWII, Korean War, Vietnam War and Gulf War Veterans.

Following a short presentation on “Project Protect”, FORCE BLUE’s recently launched three-year initiative to help rescue, preserve and restore the Florida Coral Reef Tract and the team’s current fight to stop the spread of Stony Coral Tissue Loss Disease throughout the Keys, Reyes spoke to the crowd about the difficulties he faced in transitioning out of Marine Corps and into civilian life after numerous combat deployments.

“To be invited here to speak in front of this incredible group of warriors from our greatest generation is humbling beyond words” said Reyes.

“These are OUR heroes” said Ritterhoff. “For them to want to hear what WE had to say, not just about FORCE BLUE, but about the battle we’re engaged in to save Florida’s coral reefs…it’s pretty inspiring.” 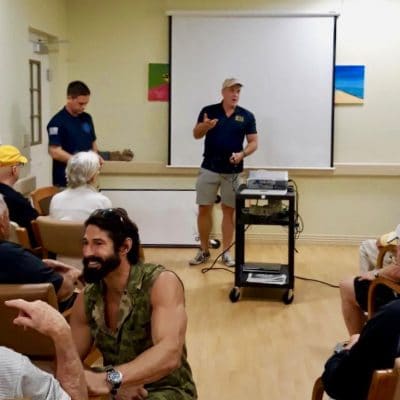 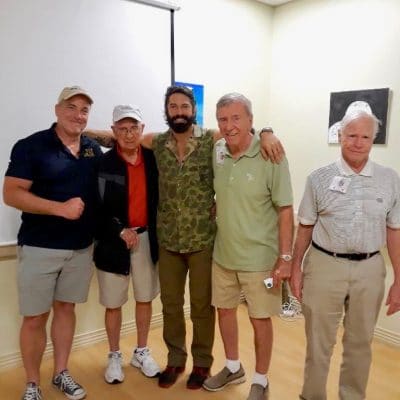 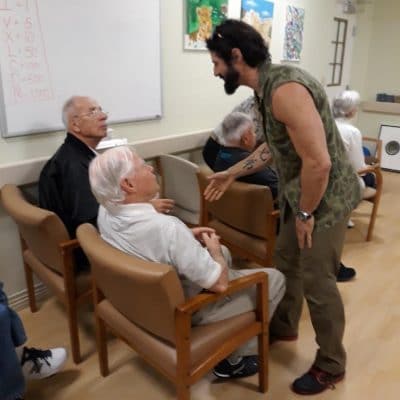 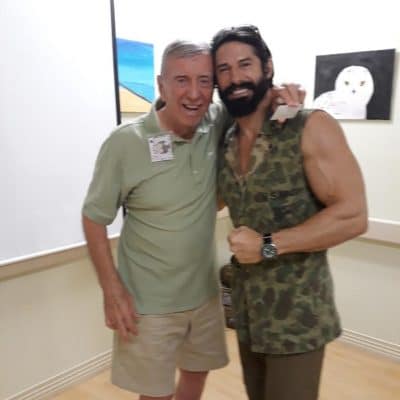